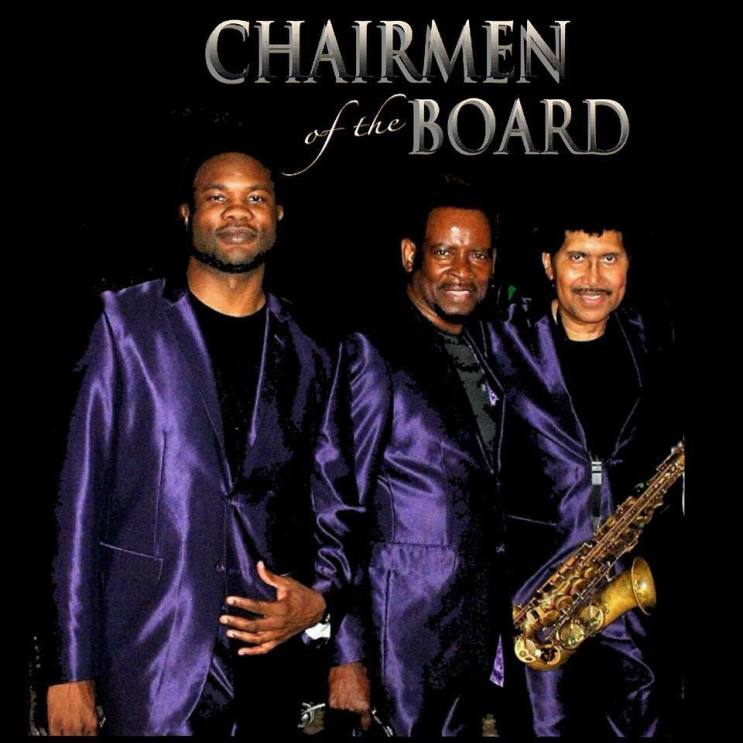 With one of Soul Music's all-time great group names, the Chairmen of the Board has pleased music lovers for over 30 years. Formed in Detroit , the Chairmen were one of the first acts signed by songwriting legends Holland/Dozier/Holland for their Invictus label following H/D/H's messy divorce from Motown. The group came out of the box strong in 1970 with the wonderful "Give Me Just A Little More Time," a classic early 70's radio smash highlighted by lead singer General Johnson's emotive, plaintive vocals. "Give Me" was the foundation of the group's excellent debut album, which also featured the infectious "(You've Got Me) Dangling on a String,".

Over the years, the Chairmen of the Board were among Soul Music's most consistent hitmakers, scoring big with "Pay to the Piper," "Finders Keepers," "Chairman of the Board," and the blissful "Everything's Tuesday.".

The Chairmen continued to record with moderate success, scoring a surprise hit in Europe in the early 2000's with the joyous "Bless Your Heart," a great tune and performance that sounds like it was plucked from their early 70s catalog.

Group leader General Johnson died on October 13, 2010 at age 67. At the request of General Johnson to keep the group's legacy strong , 38 year member Ken Knox continues to lead the group touring with members Thomas Hunter and Brandon Stevens and 6 musicians.

Two years later, Swiffer Jet used the group's timeless hit "Give me just a Little More Time" in a popular commercial for the company. The Group also released their first single post General Johnson" YOU" to an enthusiastic Fan Base stateside and across the pond.

In 2015, the group scored a # 5 record on the UK Soul Charts with " Reach Out 2 Me" written by Thomas Hunter, Ken Knox with Production from famed UK Producer Nigel Lowis.

The past few years, The NFL Carolina Panthers have featured the group in a video, and a Half Time Performance and continues to play their music during home games.

Chairmen of the Board are members of the NC Music Hall of Famè.